There’s no law against my listening
to this thrush behind the barn,
the song so loud it echoes like a bell,
then it’s further off beyond the lawn.
Whatever else there is, there’s this as well.

There’s no law against this singing –
nesting I suppose – up in the silver birch,
even though we build a common hell,
have done, and will make it worse.
Whatever else there is, there’s this as well. 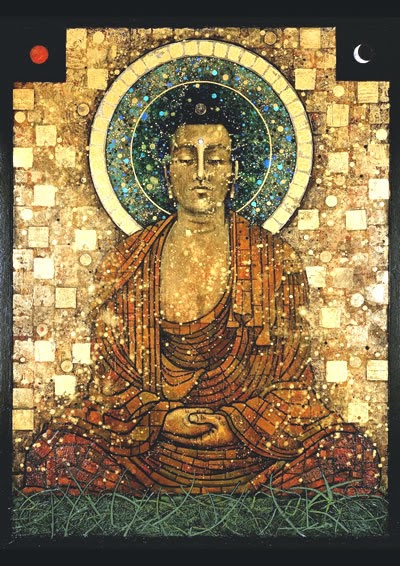 “I became a Buddhist because I wanted to learn more about my potential as a human being,” saidMaitreyabandhu, teacher at the London Buddhist Centre in East London’s Bethenal Green.

“I realised this when I was a 25 years-old fine arts student who wasn’t all that happy. I was lost, complicated, quite depressed and seeking some sort of meaning,” he added.

Damien Hirst and Sarah Lucas – Maitreyabandhu's close friends who today are both well-known artists– encouraged him to attend a meditation class at the centre in 1986. By 1987, he had moved into the residential community above the centre and by 1990, was ordained into the Triratna Buddhist Order and given the name Maitreyabandhu. Now a teacher of Buddhism and meditation at the centre, Maitreyabandhu introduces beginners much like his former self to the practice.

“Meditation quite literally opened me up to a much more fortunate and fulfilled life,” Maitreyabandhu explained.

“ A divine way of just being really."

The centre was once a burnt-out fire station, abandoned and mistreated, when a group of men and women saw the possibility of the space in the 1960s and over three years, converted the derelict building into a haven of peace.

“During this time, Bethenal Green was a very poor community, living in very hard conditions. There was a need for something else. A reason to believe that there was more,” shared Maitreyabandhu.

Now the centre is opened six days a week, offering meditation, yoga, art and community events as well as retreats.

Always fascinated by words, imagery, playful puns and clever alliteration, Maitreyabandhu said his love of poetry began when a friend read him the first five verses of Shelley's Mask of Anarchy. "It was one of those moments when one discovers a new ecstasy, even a new calling. After that I read and re-read Shelley and Keats obsessively and used their poetry to explore ancient Buddhist themes," he said. 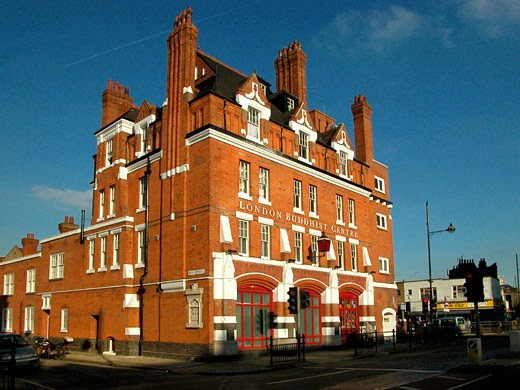 Maitreyabandhu has written three books on Buddhism, including Thicker than Blood: Friendship on the Buddhist Path (2001), Life with Full Attention: a Practical Course in Mindfulness (2009) andThe Journey and the Guide released earlier this year.

He has been acknowledged far and wide for his talents, winning the Keats-Shelley Prize, the Basil Bunting Award, the Geoffrey Dearmer Prize, and the Ledbury Festival Poetry Competition. He was a winner in the 2010 Book & Pamphlet Competition for his poem collection The Bond, among many others.

Then four years ago, he had a “mad” idea as he puts it.

“I love poems. Always have and always will. I remember going to a poetry reading a few years back, and I left feeling it could be done in a much more engaging way. This sparked a thought. What if a poetry reading was moderated in a way so the value of the words were the centre of the discussion?”

Poet and personal mentor Mimi Khalvati told Maitreyabandhu to go for it.

“Before I knew it, I was making it happen. I contacted some of the UK’s best poets and novelists like John Fuller, Jackie Kay, Colm Tóibín, Hugo Williams, Marilyn Hacker, Don Paterson and Jo Shapcott, and the interest was palpable. Poetry East was born."

The format goes like this. Maitreyabandhi introduces the author to the audience before he or she takes to centre stage and reads two poems of their choice, meticulously selected because of the influence the words have had on their personal life and creative work.

“I then spend 40 minutes interviewing the author, and ask questions like: What’s the human value of this poem? Essentially, what’s the point? What does it add?”

And the whole point? Maitreyabandhi is on a mission to open up poetry to everyone.

“Poetry is art. Another way of depicting life. Of expressing ourselves. In the same way that meditation brings us back to the present moment, poetry harnesses that energy of now. Of mindfulness." 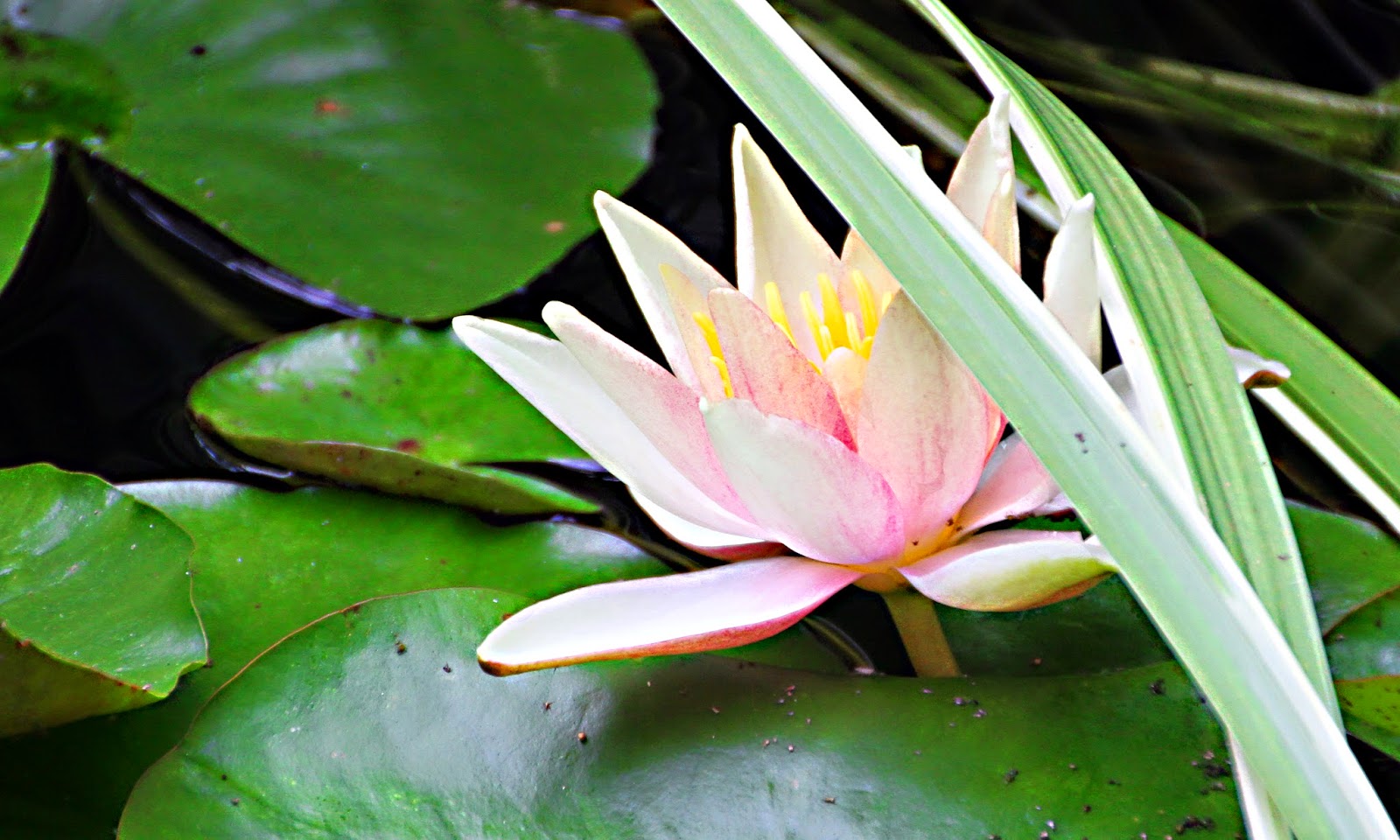 WH Auden says, "The primary function of poetry, as of all the arts, is to make us more aware of ourselves and the world around us." Maitreyabandhu explained: "The same could be said of Buddhism. I approach poetry, in one sense as a distillation of peak experience, in another as finding meaning in the everyday – as such, poetry has become another strand of my spiritual practice."

His “mad” idea has been embraced with an open heart by people all across London, selling out time and time again. If you are London-bound, see Maitreyabandhu in action. John Fuller is the next speaker at Poetry East on Saturday 11th October 2014, 7.30pm. Tickets are £9. Book it here. 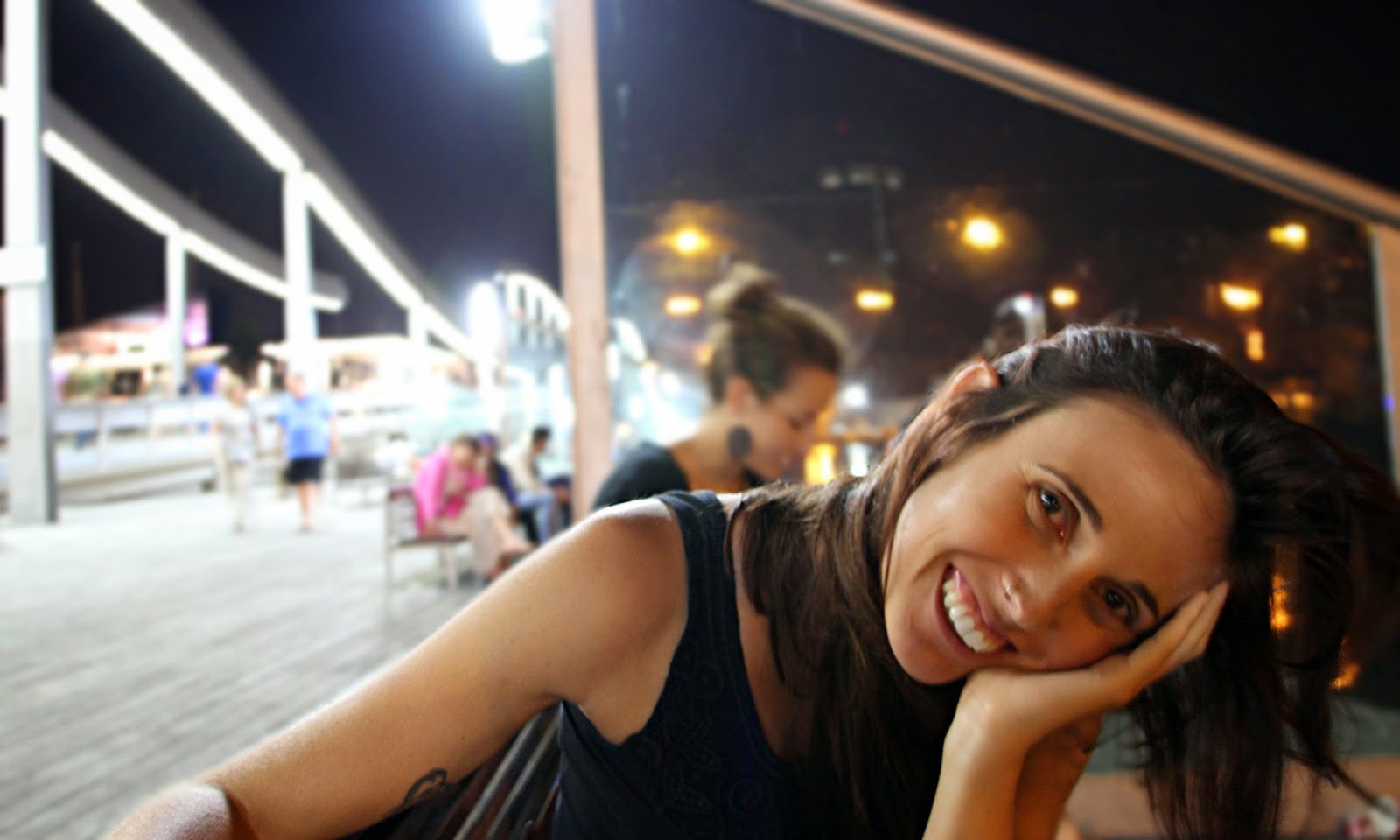