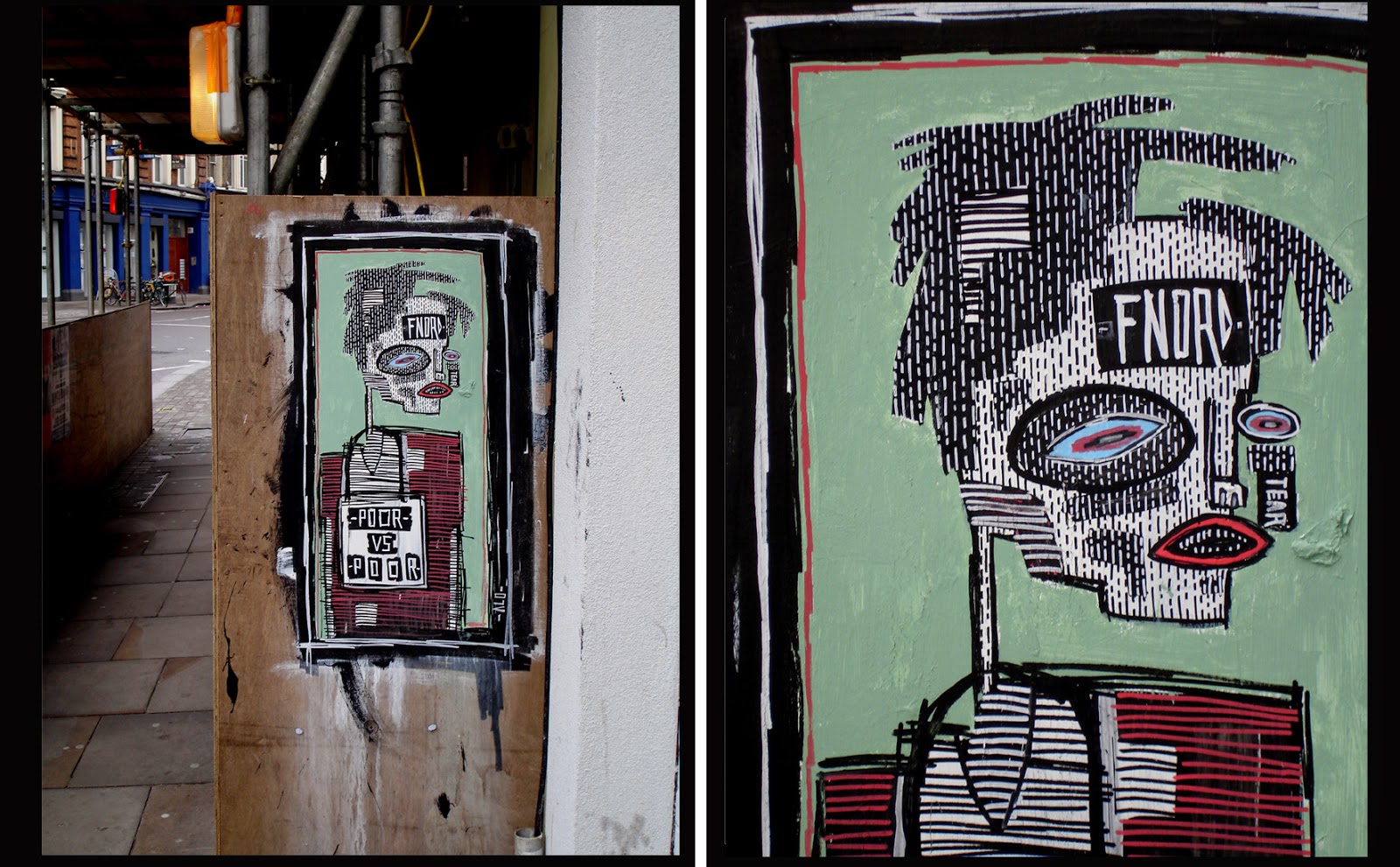 From his humble beginnings in Italy, street artist Alo has come a long way from not even being able to afford paint. At the end of this month the prestigious Saatchi Gallery will offer its walls to Alo who will showcase a staggering 40+ original artworks for the month of August. We caught up with Alo recently to see how he was feeling about all this attention.

You have a show coming up on the 30th of July at the Saatchi Gallery. Can you tell us a bit about it?

The title of the show is "Hail to the loser", it will be a gallery of many characters who mirror people living our society. I chose the title because I've always felt like I identify more to borderline people; people on the outside of society. I mostly paint outsiders, not only poor people but also "everyday" people who suffer the world we live in but try not to let others see that for example.   I've wanted to have a solo show for a long time as my indoor work is a very important part of my art, it's much more complex. The Saatchi gallery is a great place to show it. It's a three week show, until 18th August and I'll show more than 40 original paintings.

You have developed a very signature style that is recognisable across the streets of East London. When did you start painting as ALO?

My art starts from painting, even if I've always used my own technique and media, not the typical ones. I have the need to paint characters and I do it on every kind of surface: canvas, walls or boards I find around the city. I didn't start painting on walls but pasting up. I used to go in Rome and Milan to do that. In Perugia as well, where I was living, even if there was not a street art scene there.  I started using the name "ALO" when I had to paste up. Then I've found my way to paint directly on walls, quite similar to the one I use for indoor works,  and started doing it. I didn't feel close to the traditional "painters " world. It was natural for me to start painting on walls cause I've always  belonged  to the street world, and the idea of making something not saleable and for everyone caught me soon. 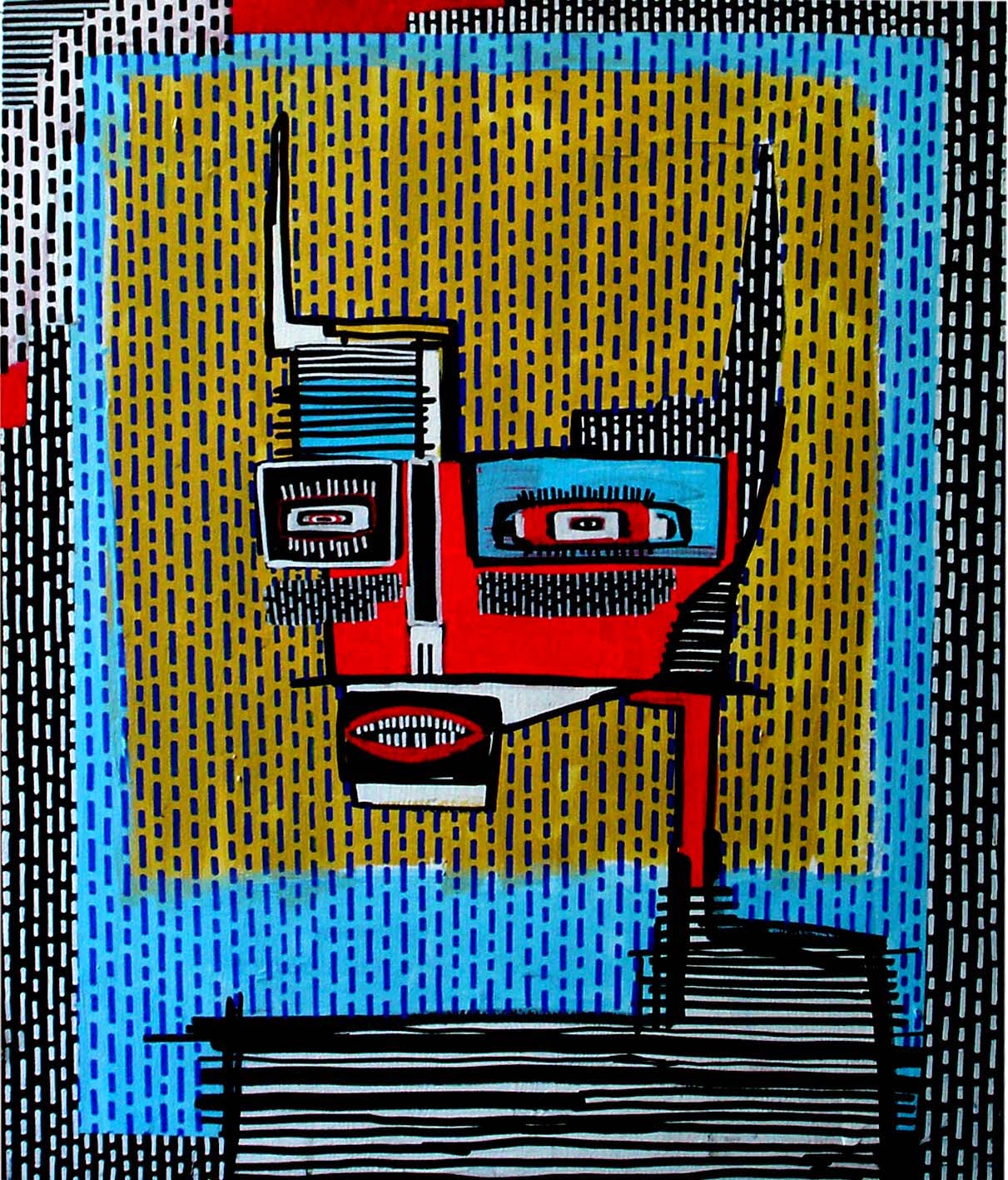 And what were you doing before that? When did you first start painting on the streets?

Before painting on the streets I've been developing my style step by step, I didn't start painting like now, this is a way that has developed in time. I used  to do many jobs to survive as well. Anyway I've always been involved in music and artistic activities. As I said before I started pasting up in Italy and then painting directly on walls; in London I've produced my most important works, both indoor and street ones.
Is it just acrylics and marker pens that you use to create your works?

I mostly use those media  even if in general I've used many on my indoor work: oil, waterclors, collage and a mixing of painting and computer graphic too.  I've used spraycans as well, to tag more than painting. 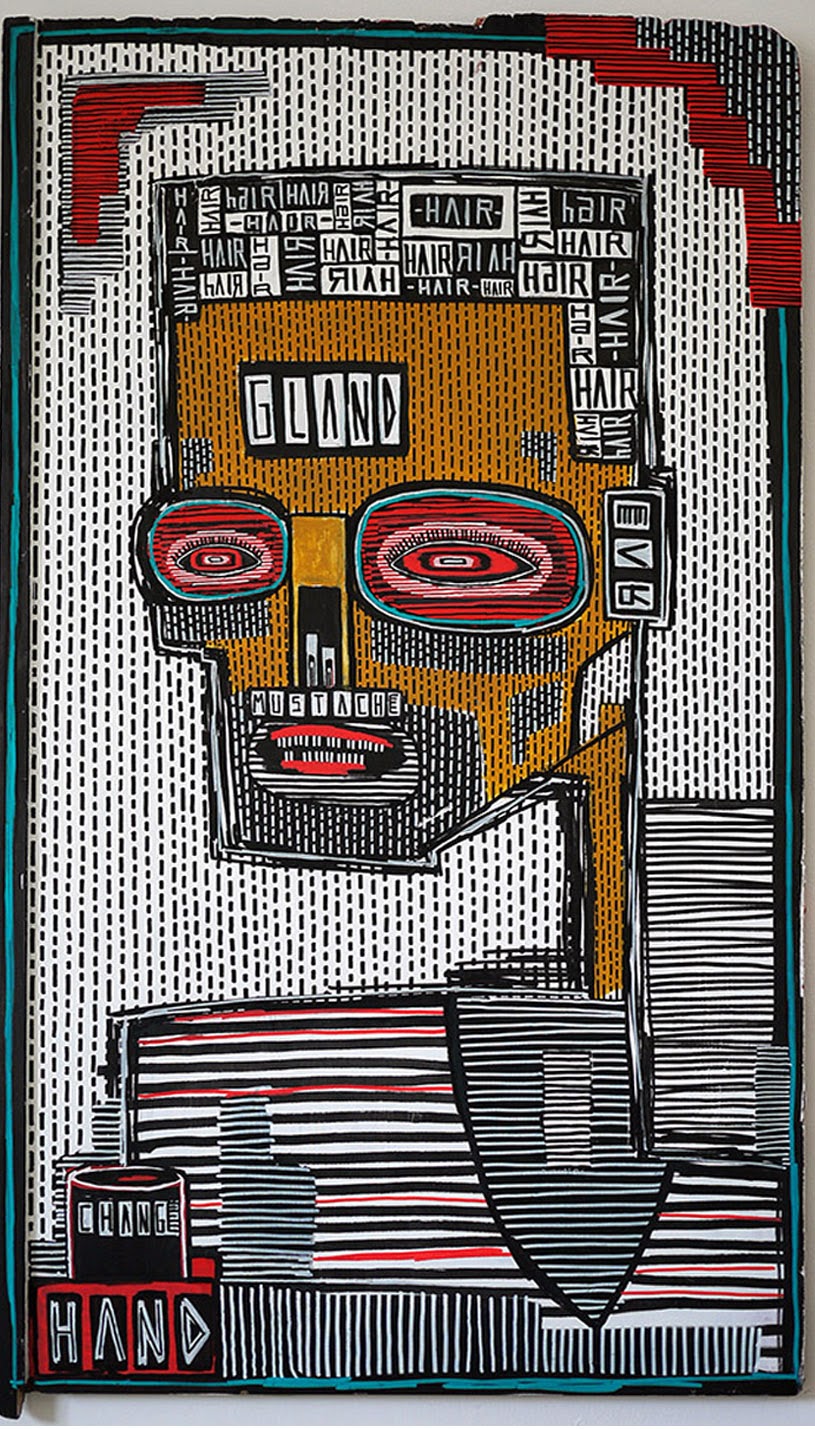 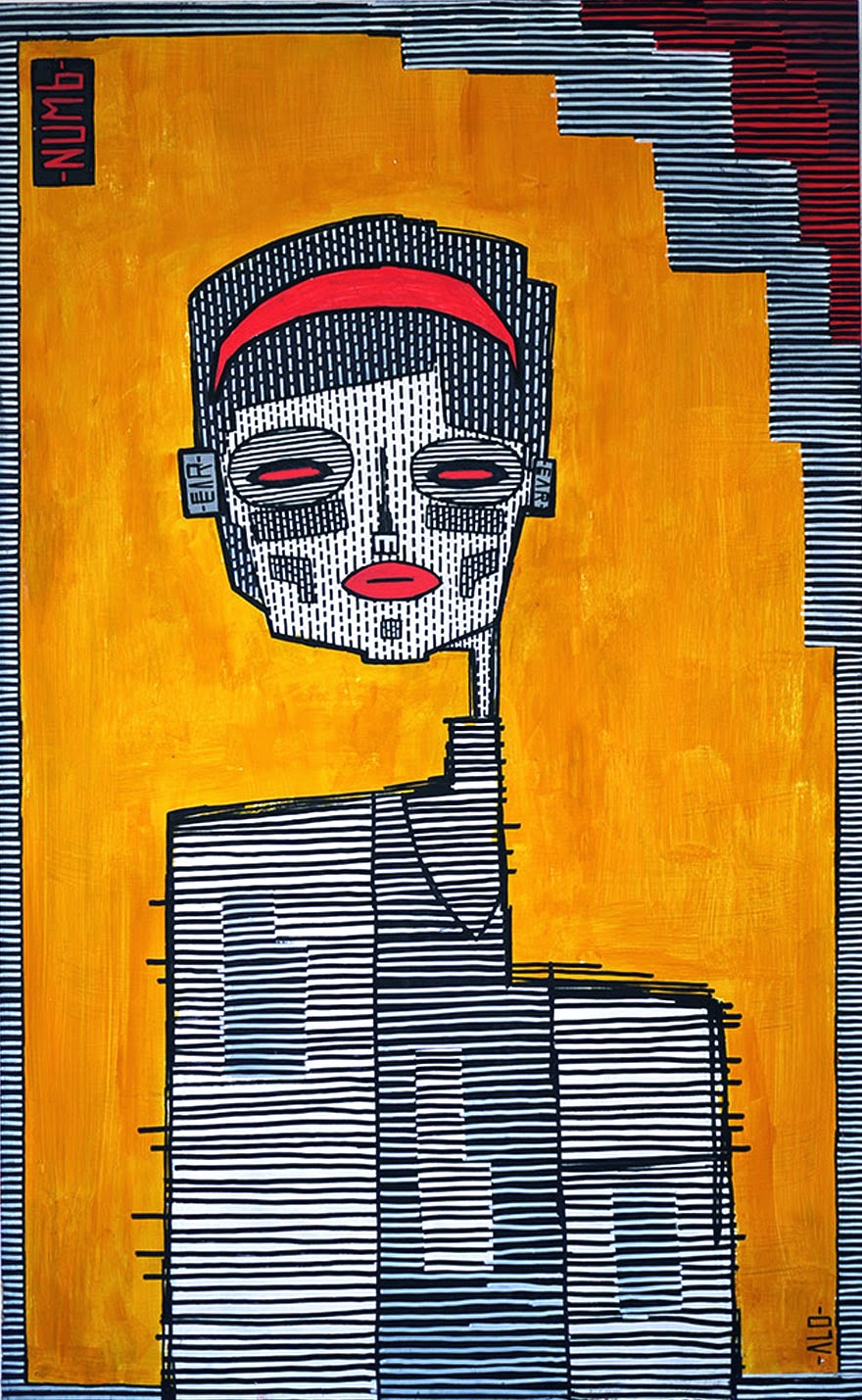 Your street pieces must take a lot of time to complete due to the detail in each one. Have you come close to being caught before?

I've found a quick technique to work on walls, even if it looks it takes a long time it doesn't. The limitation is about size, I have to work on middle size works, bigger would take too long but middle size is quick, anyway I have to know exactly what to do before starting to be quick and detailed. There's usually  a person with me when I paint to have a look and it's much easier like that. It's happened they stopped me a couple of times , told them I' d leave and they let me go, even if I came back later to finish the work.
What inspires you? Tell us three of your favourite artists that you admire.

An important influence for me is the expressionist movement in general, in particular the german one. The second one is African art , I've always been fascinated by their way of portraiting the human figure, those statues have fascinated me since I was a child.  The third one is street art, as the idea of taking back our walls and doing art not just for sale but for free and everyone.
Where does the name ALO come from?

It's just a name made with the letters of my actual name, didn't use much fantasy in choosing that.
What can we expect in the coming year from ALO?

I'll go on in painting London walls for sure and probably will go to Paris as well to paint my characters.  I'm supposed to be in the project URBAN NATION in Berlin, if anything goes right I should be there in the project of next October to paint a couple of walls.


HAIL TO THE LOSER will be showing at Saatchi Gallery from 29 July to 18th August. Opening times are from 10am to 6pm everyday.