Last week we were privileged to offer a very unique tour to celebrate the launch of the new Go Pro Hero camera. We were tasked with showing a team of journalists and experts from Go Pro around some of East London's top street art spots whilst trial bike pioneer Danny Macaskill and world renowned free runner, Jason Paul performed some incredible stunts along the way.

Two of our guides picked up the groups at the Ace Hotel on a clear and warm autumn morning - one set off with Jason and the other with Danny. This is what they got up to.


Jason swung by this Invader piece: 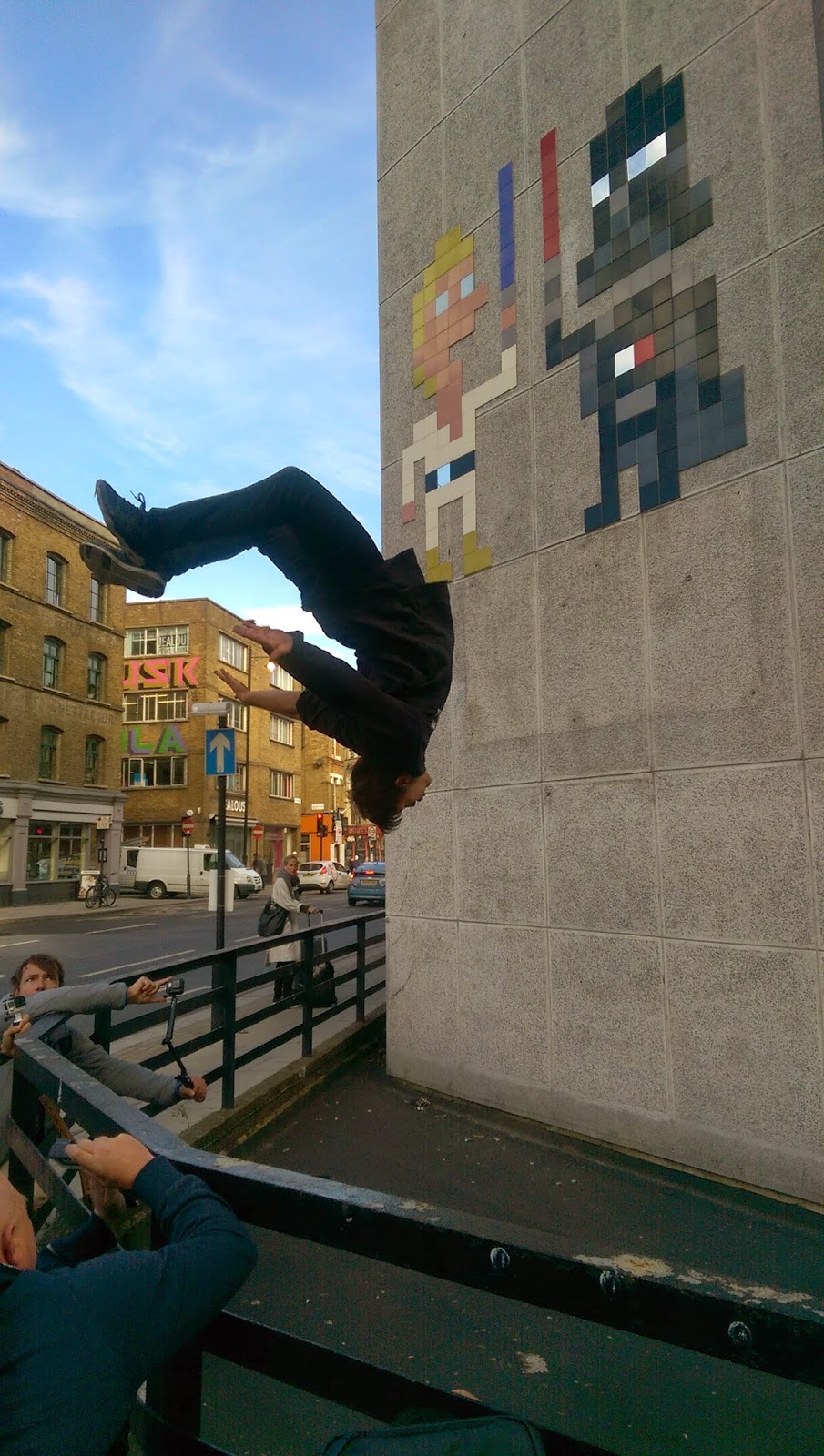 Whilst Danny effortlessly rode over this Jimmy C wall. 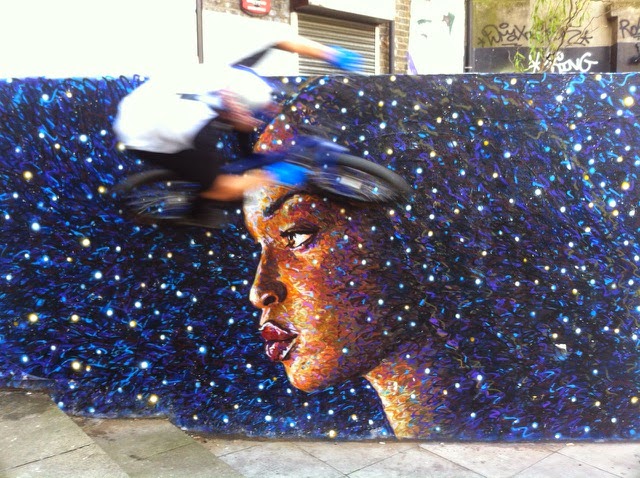 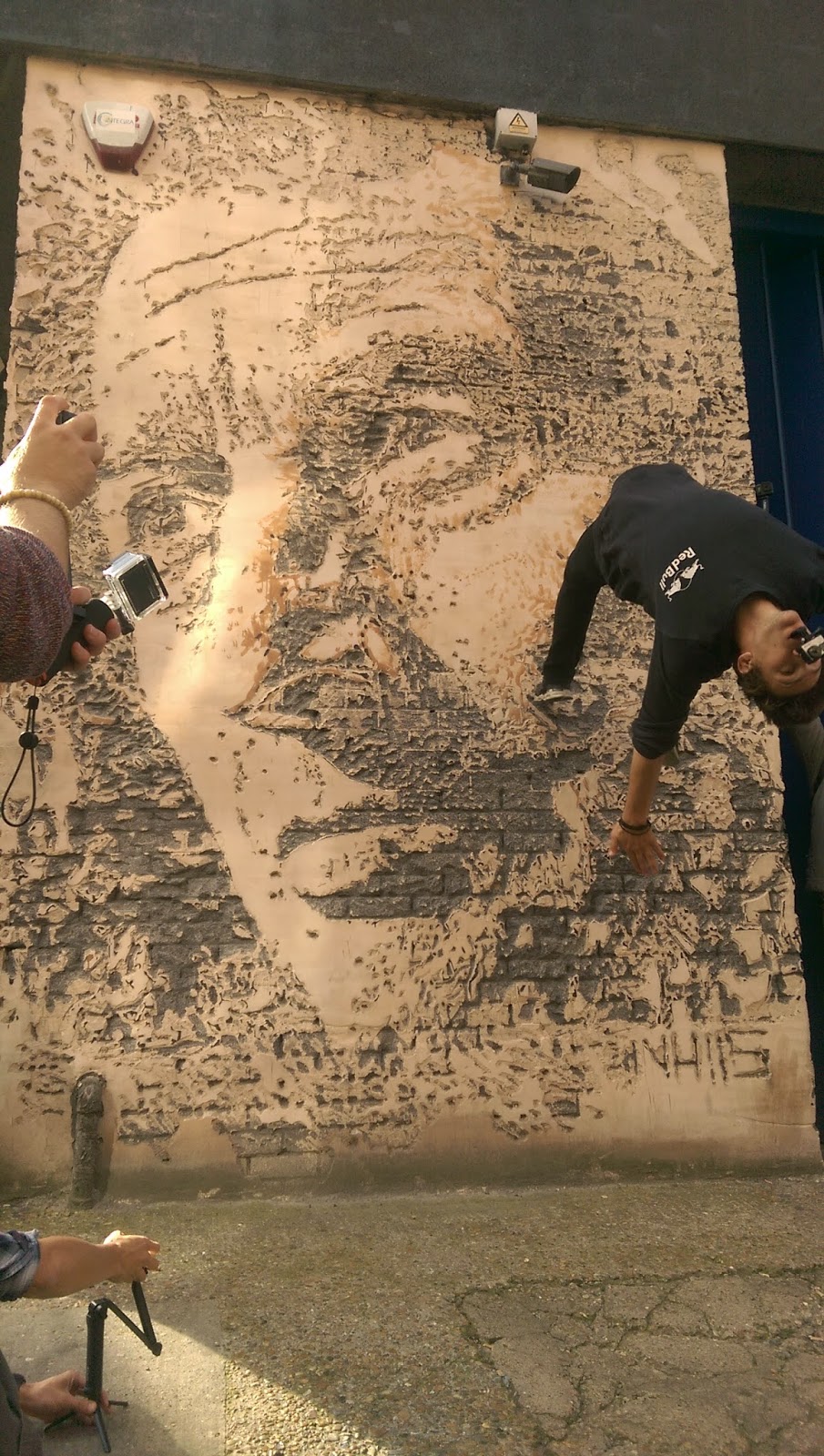 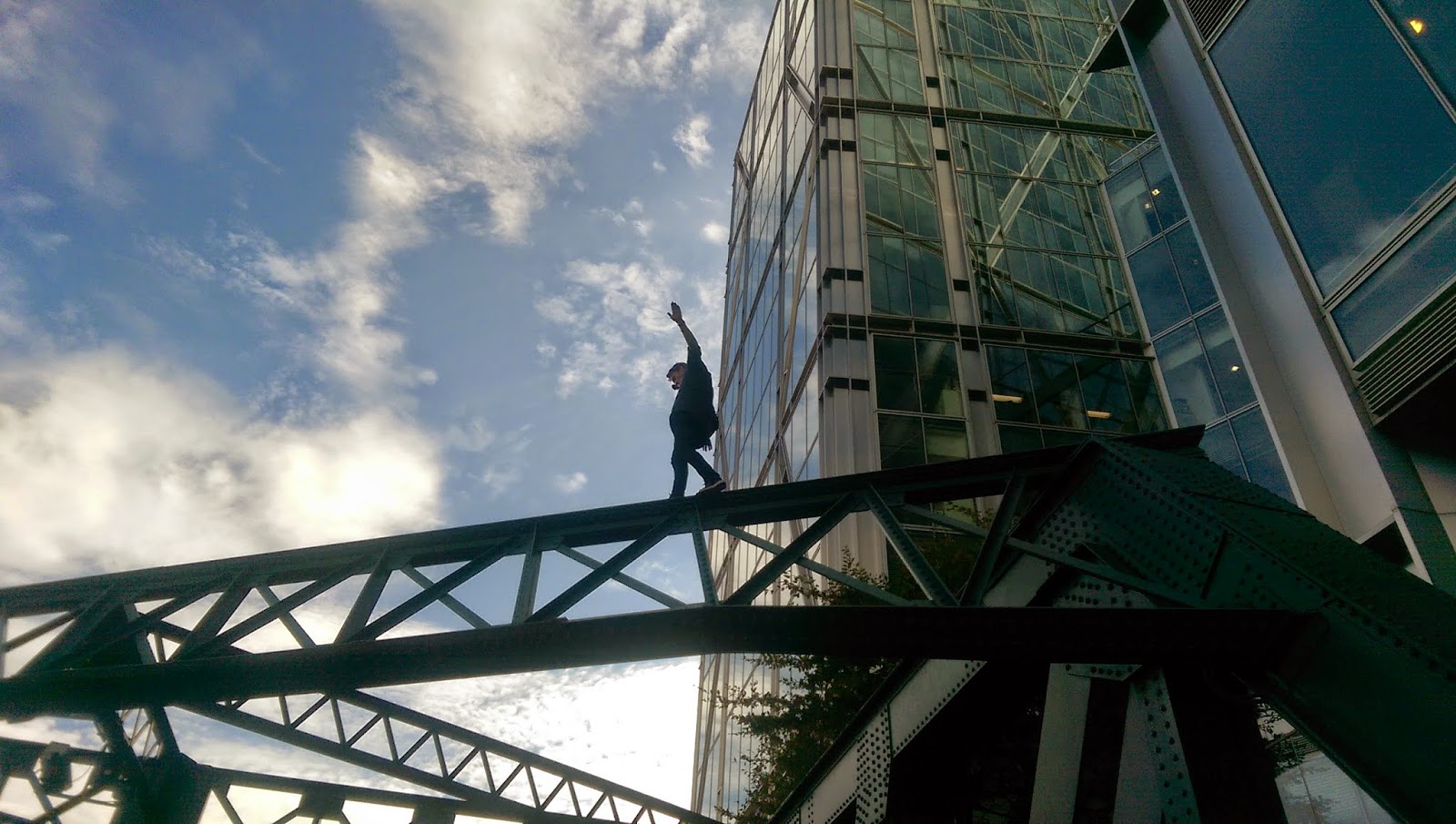 Meanwhile Danny was in the park 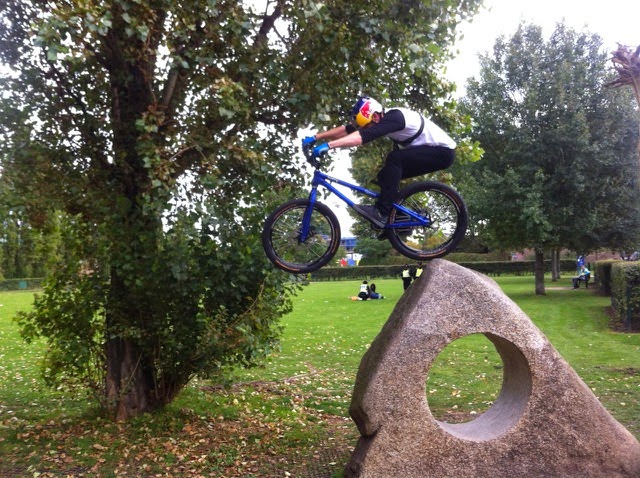 before Jason hit the hairdressers and a postbox 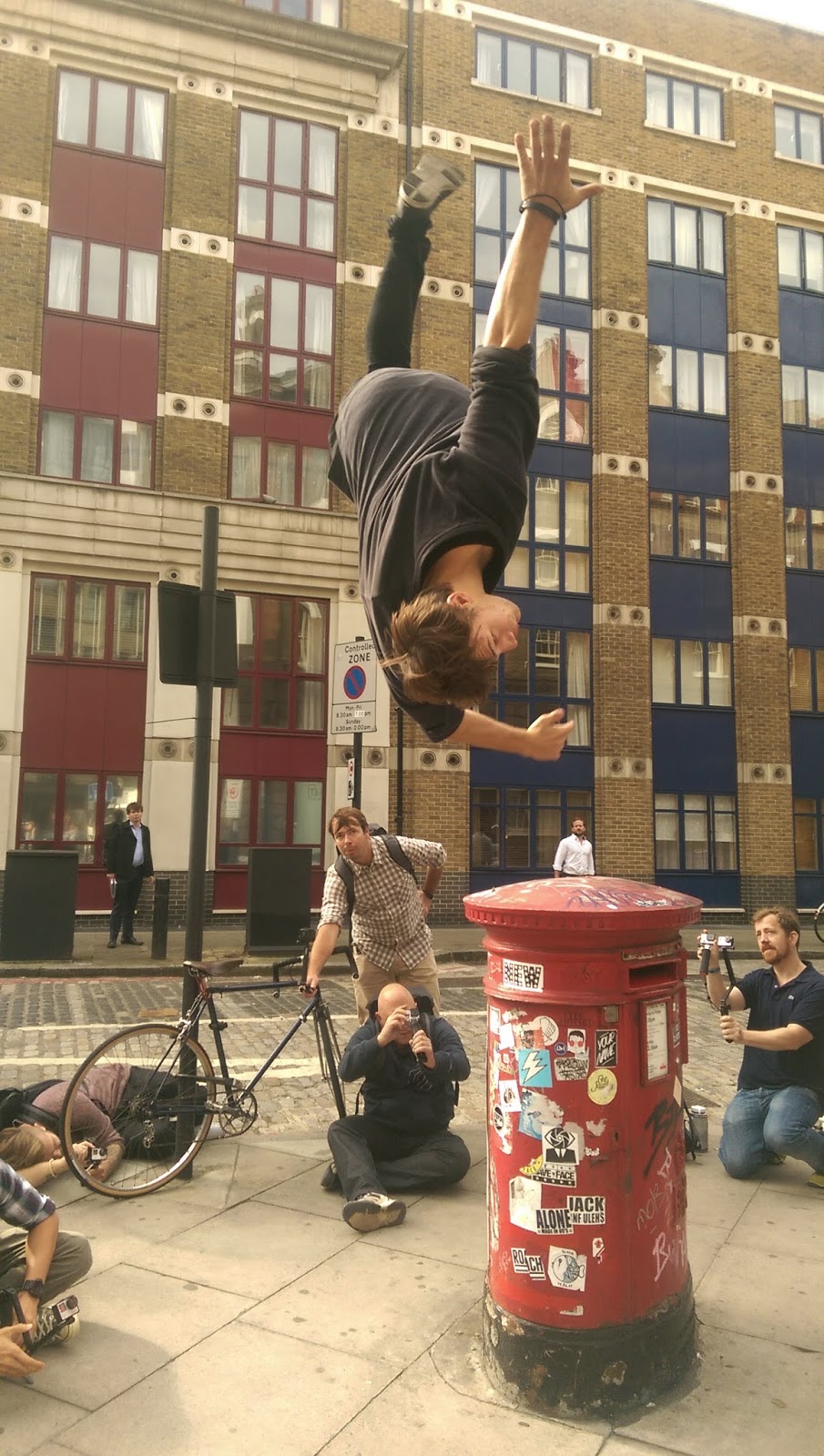 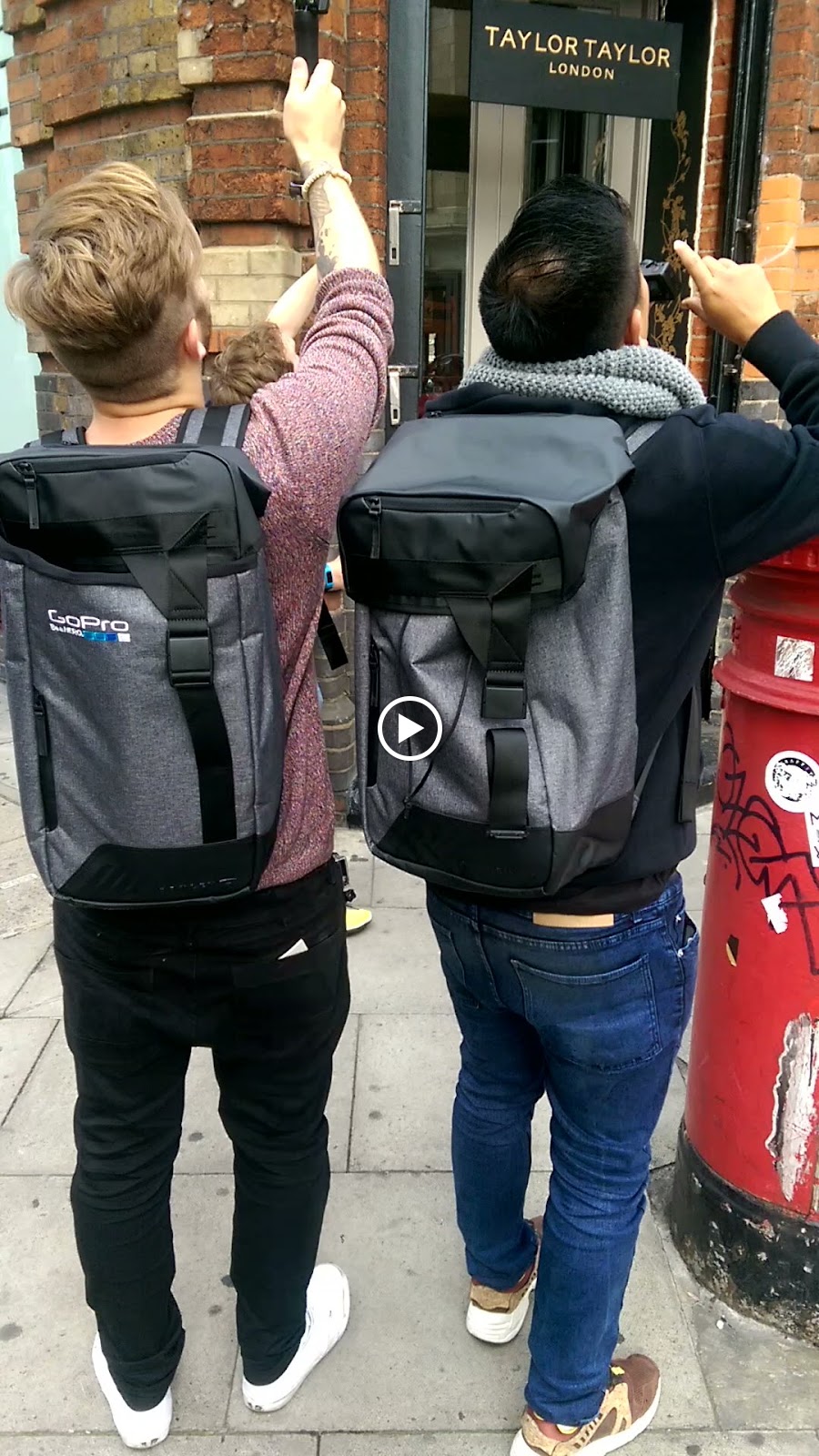 The two groups then reconvened on Brick Lane to watch the guys perform this together: 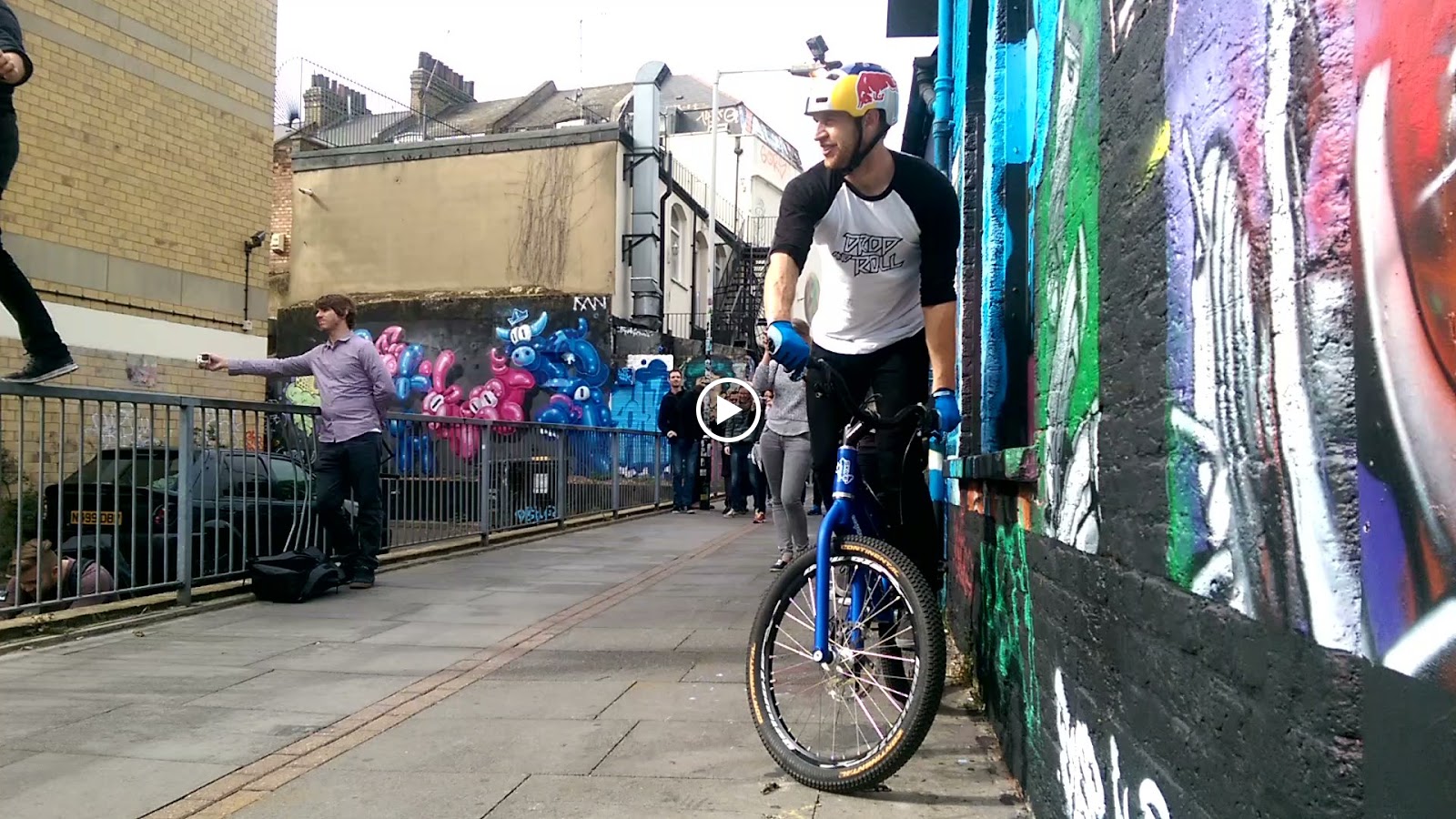 People tell us all the time that when they take our tours they see the city in a completely new light which is something we feel extremely proud of. This tour proved an opportunity for us to do exactly the same and during the preparations for this event we explored the East End with a new set of eyes too. Walking around with the guys and preparing the route gave us a unique insight into how these amazing athletes look at an urban environment and asses it's capabilities and risks.

The tour was a massive success and highly entertaining for everyone involved as well as the people lucky enough to be in the area on the day and catching a trick or two. Also a huge success was the launch of the new Go Pro itself and it has to be said that the reaction to the new 'Hero' was phenomenal.

Please note that as much as we hinted (and shamelessly begged) to the lovely team at Go Pro our guides weren't given a new Hero - therefore these photos weren't taken on the new camera but on the HTC 1M and iPhone 5s. 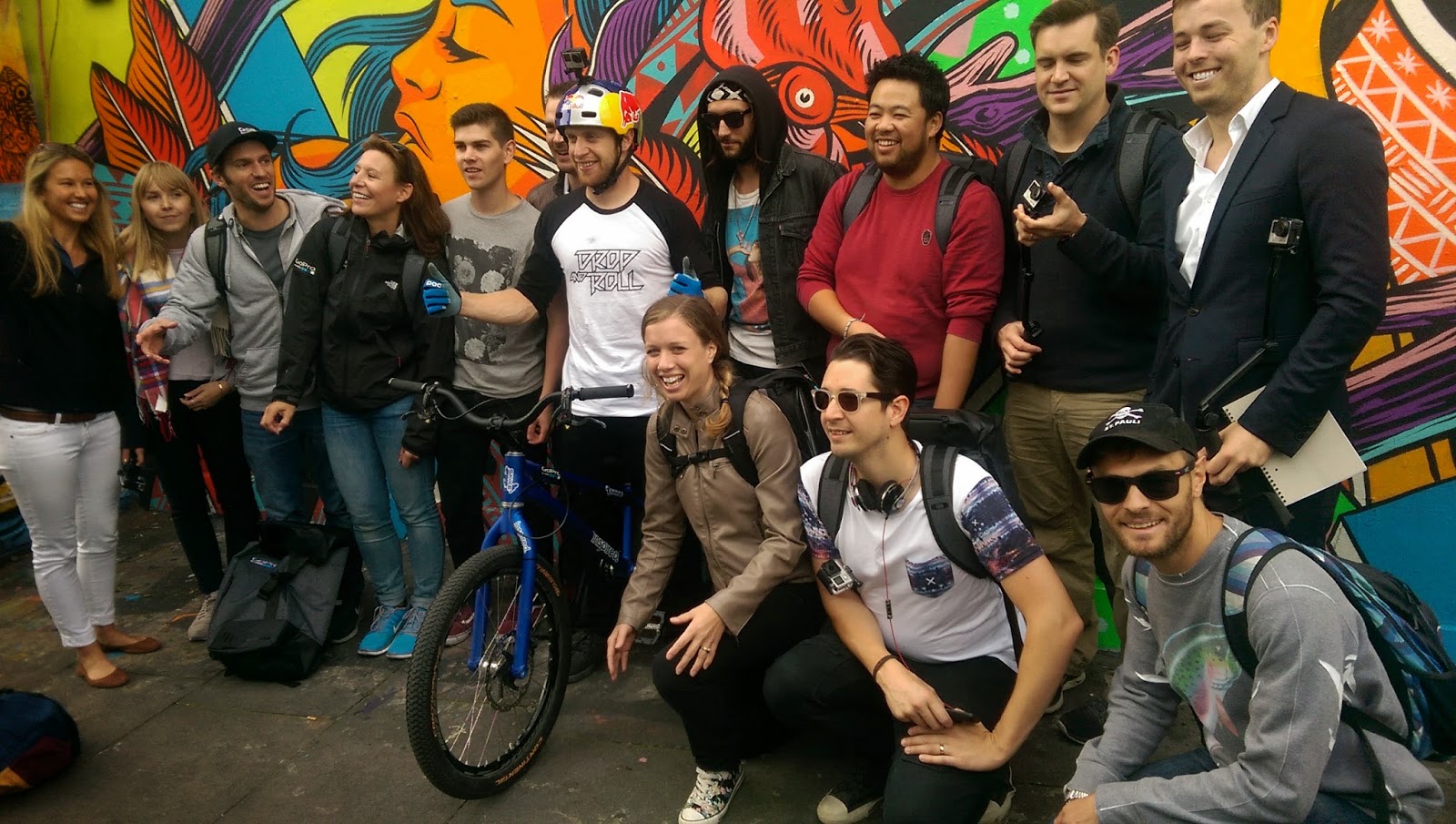